Plans are also underway to make a digitized copy of Joan Mitchell’s book available on the internet.

In May 1854, the Right Reverend George Washington Doane, second Bishop of the Episcopal Diocese of New Jersey, commissioned the Reverend William Herbert Norris as Missioner to the newly formed borough of Woodbury.

Norris was an adherent of the Oxford Movement, which pioneered the nineteenth-century Anglo-Catholic revival in the Church of England and the Episcopal Church. As Rector of St. John’s Church in Carlisle, Pennsylvania, from 1841 to 1850, Norris had alienated many of his parishioners by such innovations as wearing a surplice and stole and placing a cross and candles on the altar.

Norris’s Woodbury Mission began holding services in the “Upper Room” of the local Temperance Hall (located at the site of the present Jubilee Garden) on Whitsunday, 1854. The lot was purchased on March 24, 1855, and the church and rectory built during 1856.

Bishop Doane consecrated Christ Church on Thursday, September 17, 1857. In his 1858 Diocesan Convention address, he described the building: “And Christ Church, Woodbury, solid in stone, and ‘beautiful, exceedingly,’ and fitted for all sacred uses, stands, in the eye of God, the very gem of the Diocese.”

Norris’s Anglo-Catholicism influenced Christ Church’s life in two significant ways. The Holy Eucharist was celebrated weekly on Sundays, with daily prayers offered much of the year. Even more exceptional for the time was the absence of pew rents; as a “free pew parish,” Christ Church depended for income solely on freely given donations.

Although Norris is considered the first rector, Christ Church was not yet legally incorporated as a parish, and his actual title was “Missionary in Charge.” In this capacity he led the new congregation nineteen years until resigning for health reasons in 1873.

During the 45 years following Norris’s retirement in 1873, Christ Church was served by a succession of eight rectors—an average tenure of 5.6 years each. Recurrent financial challenges plagued the parish. Some rectors got along well with the congregation but left when called to other churches; others resigned after disputes with the vestry, often over salary.

Under William H. Lewis, Jr. (Rector 1873-1878) the parish was incorporated on April 10, 1874. The church grew and even established a mission in nearby Mantua. But a division emerged between parishioners loyal to the current rector (“Lewisites”) and those who remained loyal to his predecessor (“Norrisites”). A Low Churchman, Lewis wanted to eliminate the weekly Eucharist and offer Morning Prayer on some Sundays instead. It is not clear how far he succeeded in this aim before he resigned after five years in office.

Christ Church moved further in an Anglo-Catholic Ritualist direction under Howard E. Thompson (Rector 1884-1895), who began wearing Eucharistic vestments on Advent Sunday, 1884. In line with Anglo-Catholic pastoral practice at the time, he introduced a number of guilds and societies, including the Brotherhood of Saint Andrew. Some parishioners complained that his liturgical practices were too High Church, including use of a processional cross. During the rectorate of James O. McIlhenny (1906-1908), the choir was vested for the first time: another marker of advancing churchmanship.

Howard Morris Stuckert (Rector 1913-1918) introduced weekly pledge envelopes and oversaw construction of the parish house, completed in 1914. Continuing financial challenges led to negotiated reductions in his salary—with corresponding decreases in his duties—until his eventual resignation in August 1918. (His subsequent ministry as Rector of Grace Church, Haddonfield from 1941 to 1949 was happier and more successful.)

Robert G. Wynne Williams was born in Wales, educated in England, and immigrated to the United States in 1909 at the age of 21. After studies at General Theological Seminary, he was ordained to the priesthood and called as Rector of Christ Church in 1918.

Fr. Williams came to Christ Church on the footsteps of a war that had shocked the minds and hearts of all Christians. He led his flock through the Great Depression, through the Second World War, and the Korean Conflict, all the while guiding them and nourishing their faith in God. (p. 26)

The installation of the sanctuary lamp in 1926 to signal the Blessed Sacrament’s presence in the Aumbry (now in the east wall on the Gospel side of the Altar) served as another visible marker of Christ Church’s Anglo-Catholic commitments.

In 1951, Fr. Williams oversaw construction of a new wing of the parish house, a complete rebuilding of the organ, and the relocation of pulpit and lectern to their present positions. In 1954, the Rev. John Van Sant was appointed the first in a succession of curates—a sign of how far the parish had come since the days when it could barely afford to support a rector.

At a celebration of the 100th anniversary of continuous services in the church on May 23, 1956, Bishop Banyard remarked that Woodbury had become one of the foremost parishes of the diocese, and Canon Williams one of its foremost clergymen. In 1965, a stained-glass window depicting Saint David—patron of Canon Williams’s native Wales—was installed as his memorial next to the pulpit.

On arrival, Fr. Rauscher immediately undertook extensive renovations to all the buildings. His projects included purchase of the Jackson House to provide housing for assistant clergy, construction of an extension to the rectory for a new parish office, installation of a new organ in 1968 followed by air-conditioning in 1970, and placement of the elegantly old-fashioned light fixtures and posts outside the church in 1990.

A student of Ascetical and Mystical Theology, as well as Parapsychology, Psychical Research, and Comparative Religions, Canon Rauscher’s studies and experience span decades, including his special interests in magic, mentalism, mediums, and psychics. Over the years, he has been recognized as an expert in these fields. (p. 174)

In addition to being a dedicated and sensitive pastor, Canon Rauscher arranged many educational seminars and conferences at Christ Church. Noted speakers included astronaut Edgar D. Mitchell, the sixth man to walk on the moon.

Desiring more time for research and writing, Canon Rauscher retired on Easter Day, 1996. He still resides in Woodbury and attends Christ Church when he can. A memorial window—based on William Holman Hunt’s painting The Light of the World and featuring symbols of Canon Rauscher’s life and ministry—was installed in 1998 next to the St. David Window memorializing his predecessor.

It could equally well be said that Fr. Anderson resumed the trajectory of Anglo-Catholic advances begun by such predecessors as Fathers Norris and Thompson. The outward markers of Anglo-Catholic identity had changed over the preceding century; many symbols and practices that in the 1890s would have signaled a very High Church parish had come by the 1990s to seem middle-of-the-road or even Low Church.

To enrich the liturgy, Fr. Anderson introduced incense, Sanctus bells, and paid choral scholars. In line with evolving Anglo-Catholic sensibilities, he also replaced the plain brass cross and two candlesticks on the altar with a crucifix and matching set of eight candlesticks.

Fr. Anderson’s other initiatives included establishment of the Jubilee Garden in 1999, renovation of the parish house education wing in 2000, and creation of the parish’s first website in 2003-2004. In January 2004, he unexpectedly resigned to accept a call to become Rector of Saint James’ Church in Texarkana, Texas.

The Rev. Brian K. Burgess arrived as Rector in February 2005. Two years later, Joan Mitchell wrote: “Fr. Burgess’ ministry is one of total devotion, dedication to pastoral responsibilities, zeal for traditional worship, and Anglo-Catholic ritual that inspires and invokes a sense of the divine” (p. 195).

Fr. Burgess continued his predecessors’ involvement and outreach in the wider community. In 2006, he initiated the annual Saint Florian’s Day observance, with a blessing of fire apparatus and local firefighters, followed by a procession in full dress uniform accompanied by bagpipes to the church for choral Evensong.

Another initiative was the Advent Lessons and Carols held annually at Christ Church with ecumenical participation of local clergy and churches. Fr. Burgess was similarly active in the Diocese of New Jersey, serving as Dean of the Woodbury Convocation.

From August 2017 to March 2018, a major renovation of the parish house was undertaken at a cost of $710,000. A chair lift was installed to increase accessibility, the upstairs and downstairs meeting areas were completely refurbished, and a new acolyte vesting area was added. The only area left untouched was the downstairs kitchen.

On December 11, 2021, Fr. Burgess was elected Bishop of Springfield, Illinois. A farewell choral Evensong was offered at Christ Church on February 27, 2022. Twenty parishioners traveled to Springfield to participate in his Consecration at the Cathedral Church of Saint Paul the Apostle on May 21, 2022.

The Pandemic and the Future

Holding fast to his theological convictions, Fr. Burgess resisted calls to live-stream services, writing in the March-April 2020 Parish Letter that online social media platforms were “not the appropriate vehicle for conveying great mystery … The Mass is not a show.” Parishioners were deeply divided, some welcoming the rector’s principled stance, others expressing anger and a sense of abandonment in their time of greatest distress.

During this period, Fr. Burgess increased the number of weekday services, including the full round of Daily Offices, to offer those who were not ready to return on Sunday mornings multiple possibilities for attendance at other times. But the parish service register shows that relatively few took advantage of this opportunity.

The Pandemic’s consequences for Christ Church have been far-reaching. As recorded in the annual Parochial Reports, Average Sunday Attendance (ASA) dropped by about 60 percent from 2019 to 2021. Meanwhile, total pledged giving fell by a quarter from 2018 to 2021, and the number of pledging units fell by 20 percent.

The next rector will thus face some daunting challenges. Christ Church nonetheless moves forward in faith and hope, rejoicing in its rich heritage and confident that Our Lord will guide this parish dedicated in his Name in his mission of preaching the Gospel, administering the Sacraments, and spreading his love to the world until he comes again.

“And Christ Church, Woodbury, solid in stone, and ‘beautiful, exceedingly,’ and fitted for all sacred uses, stands, in the eye of God, the very gem of the Diocese”
– Bishop George Washington Doane at the 1858 Convention of the Diocese of New Jersey 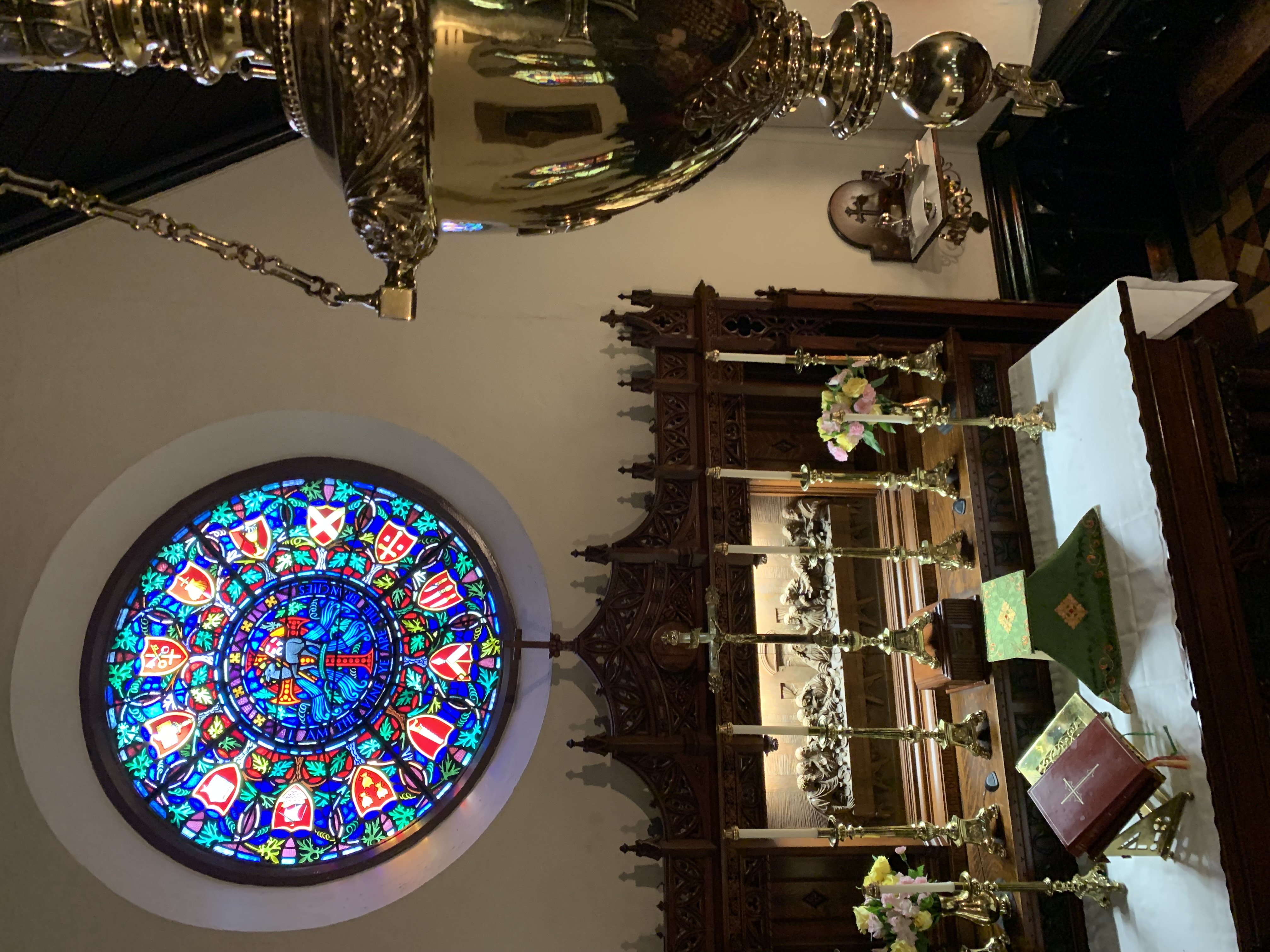 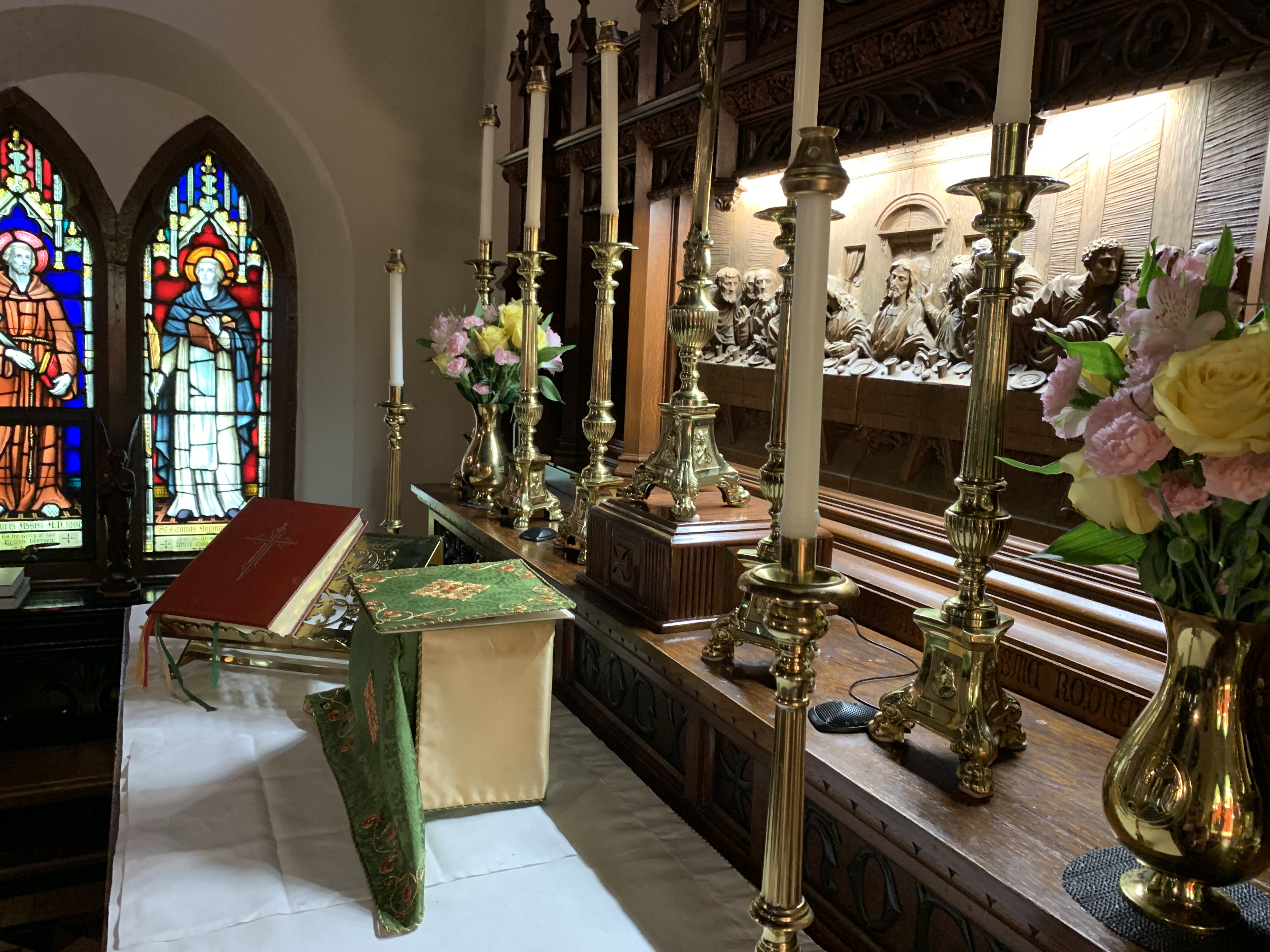 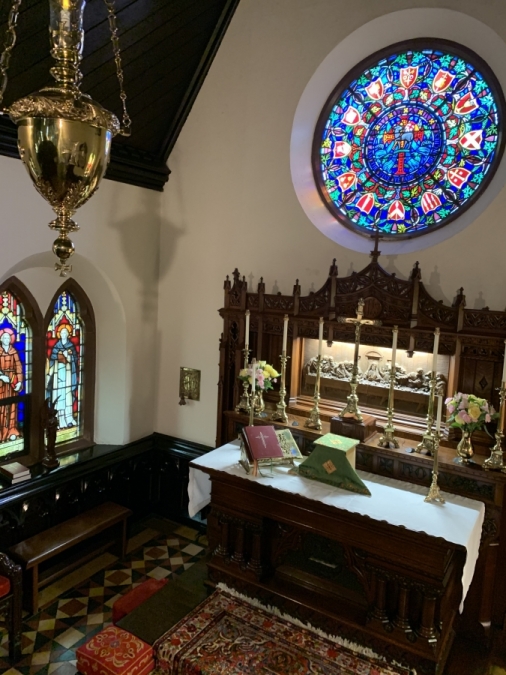 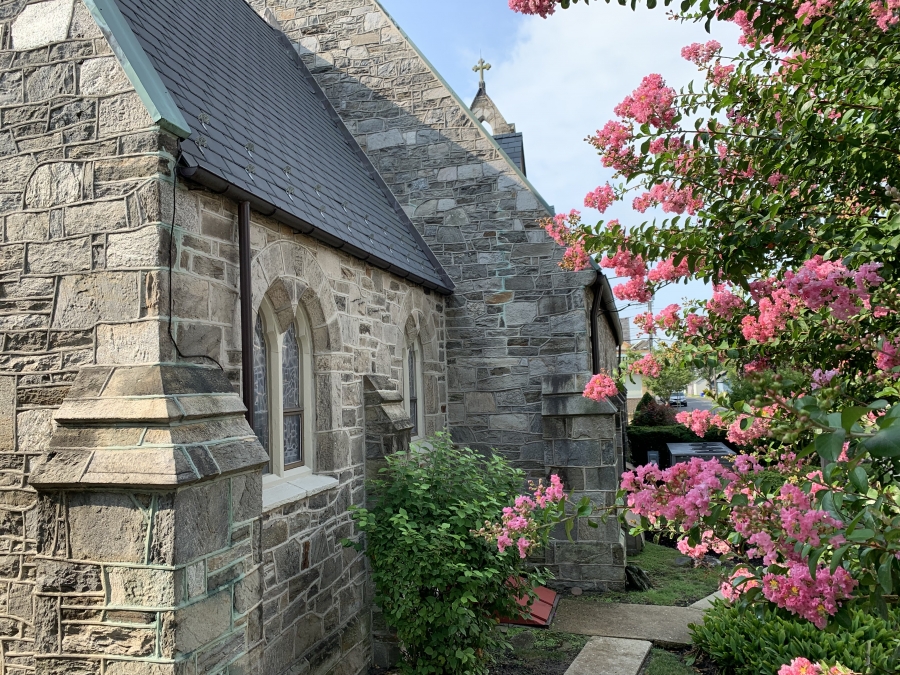 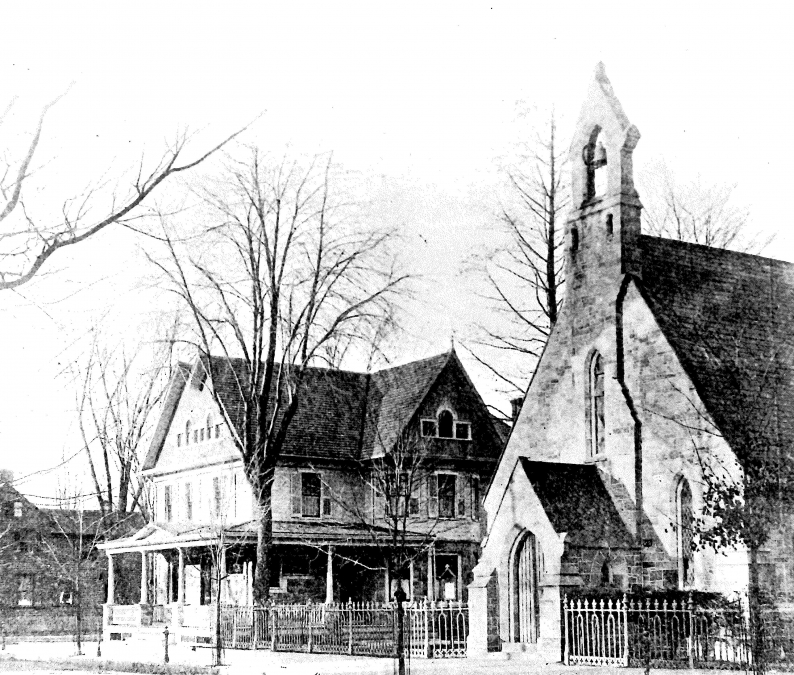 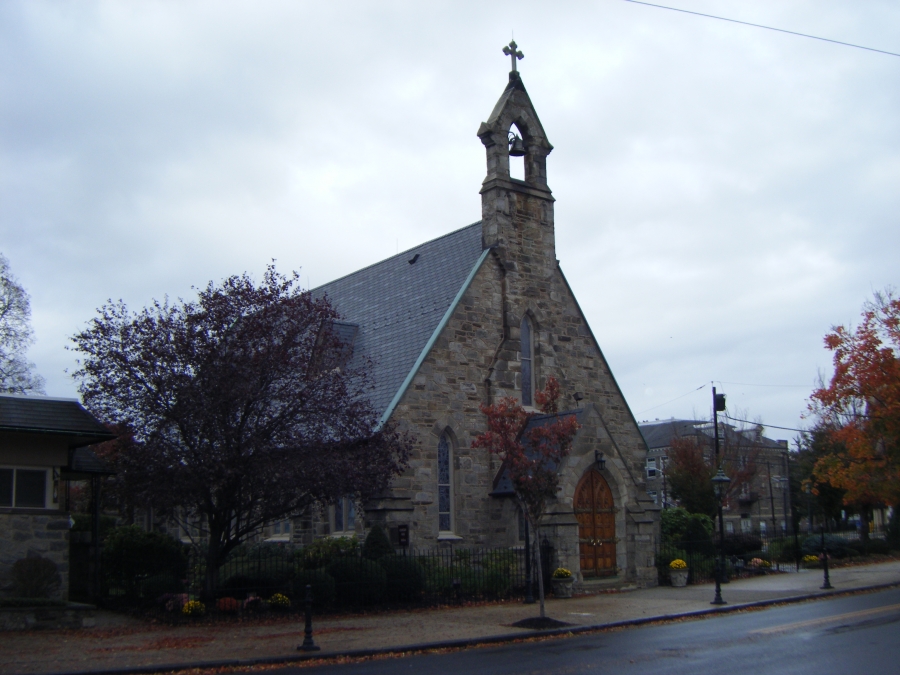 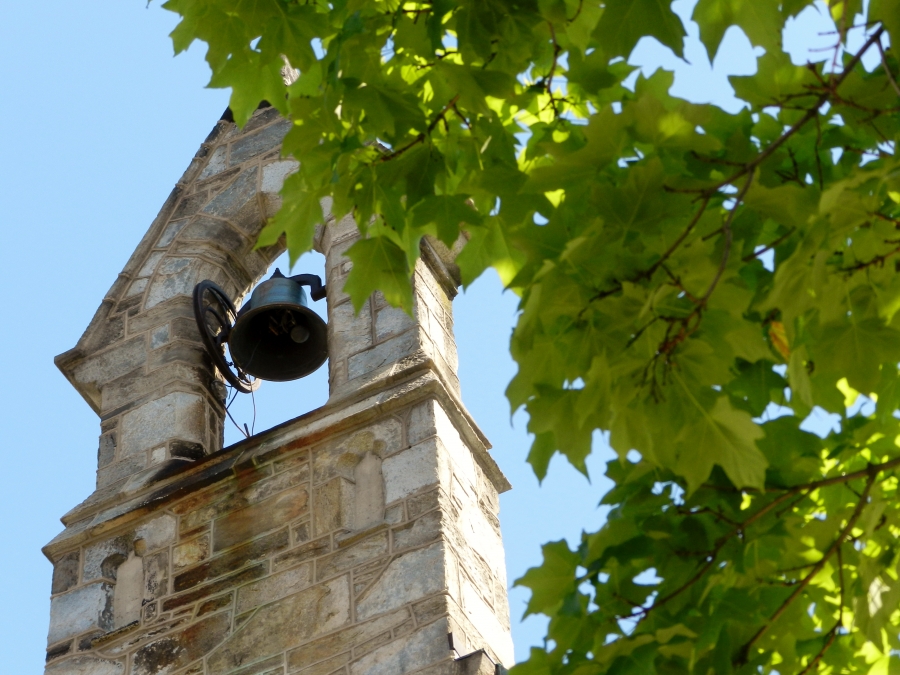 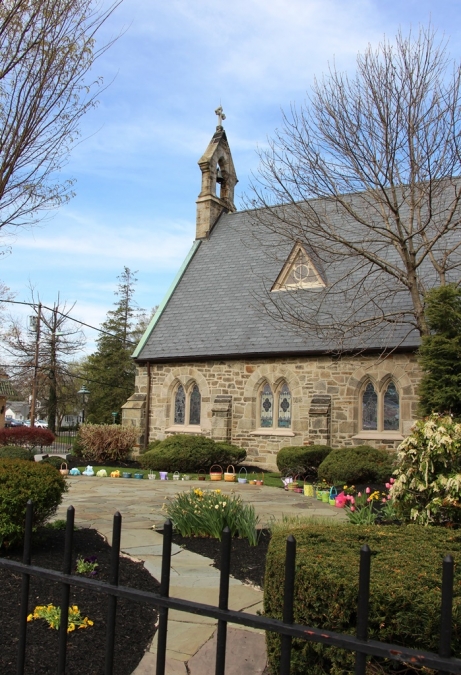 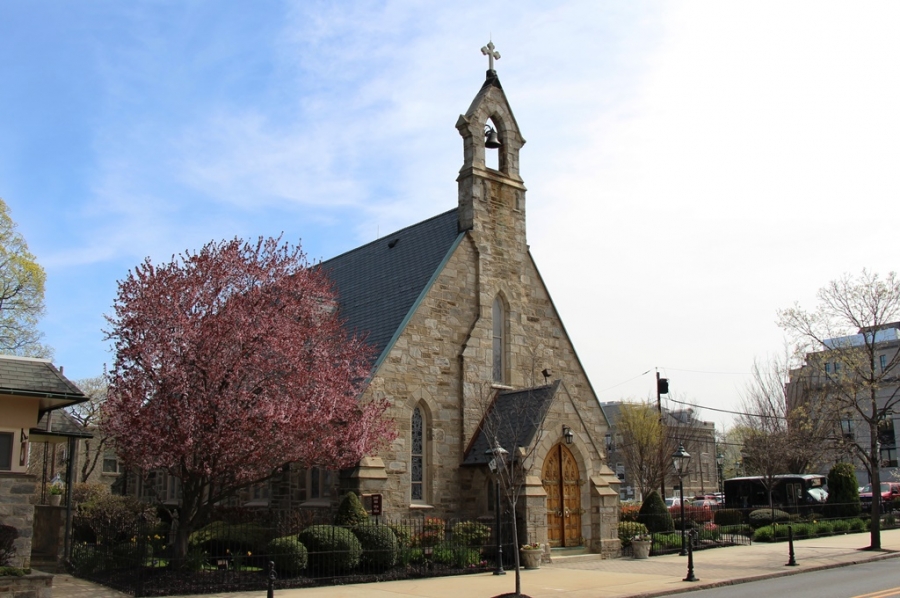 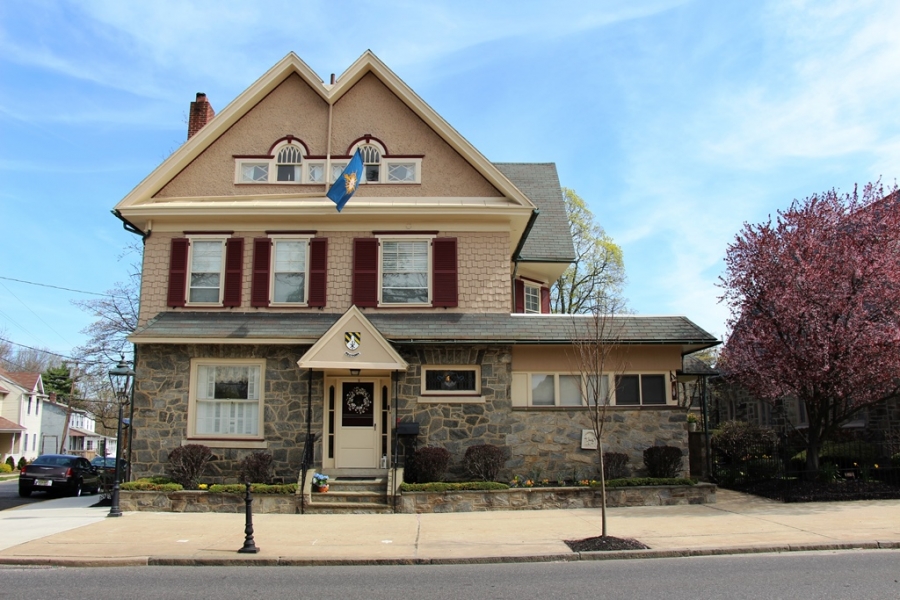 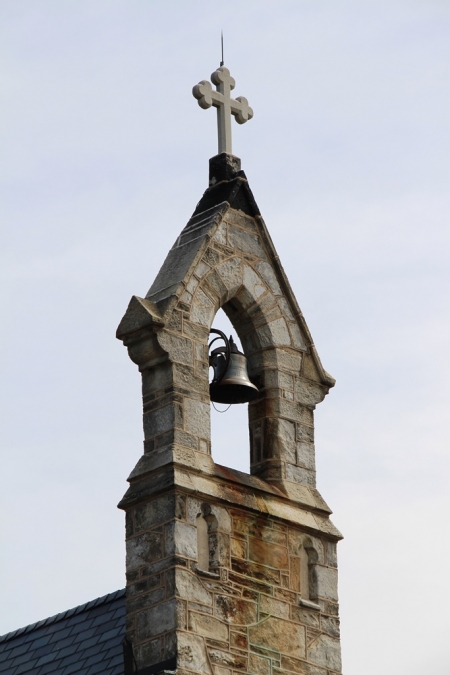 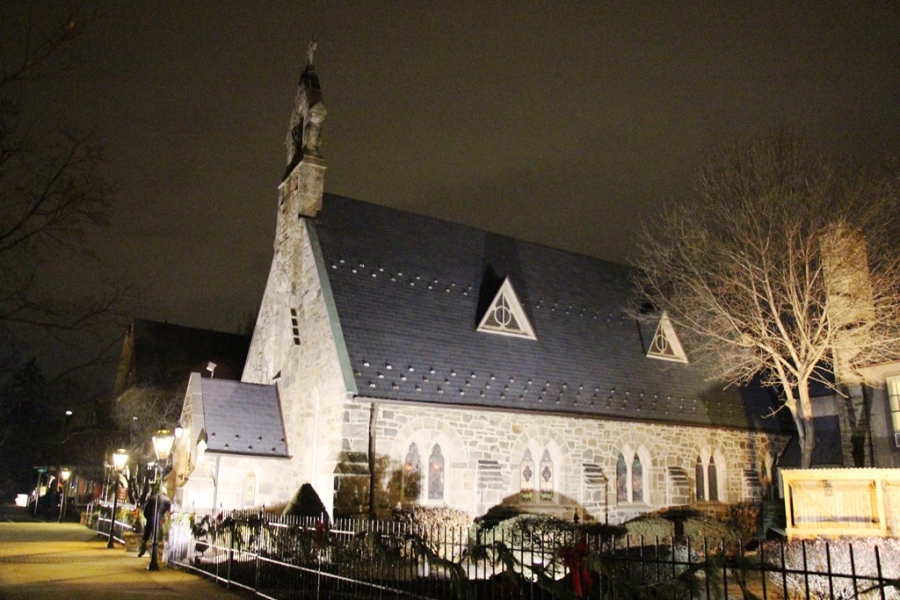 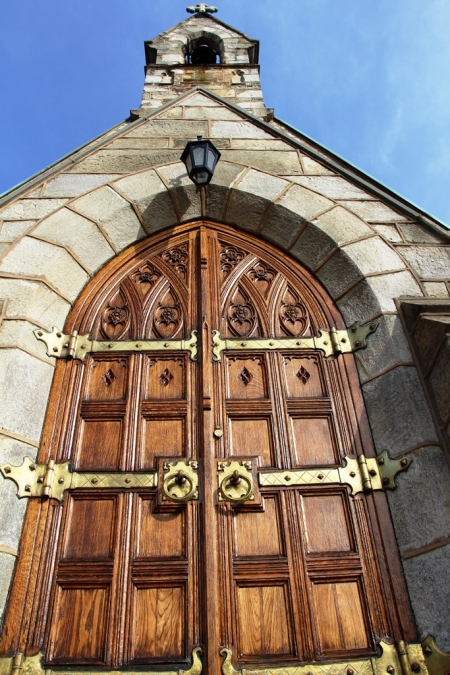 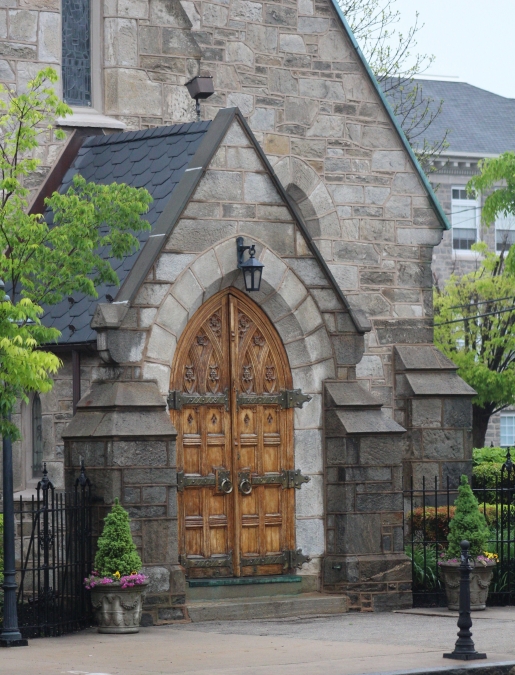 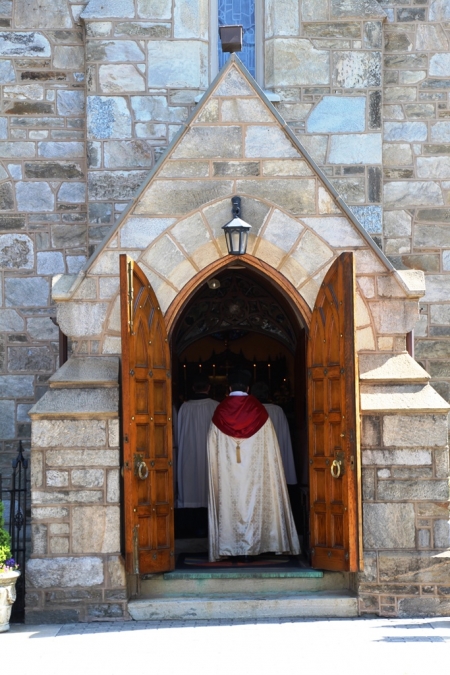